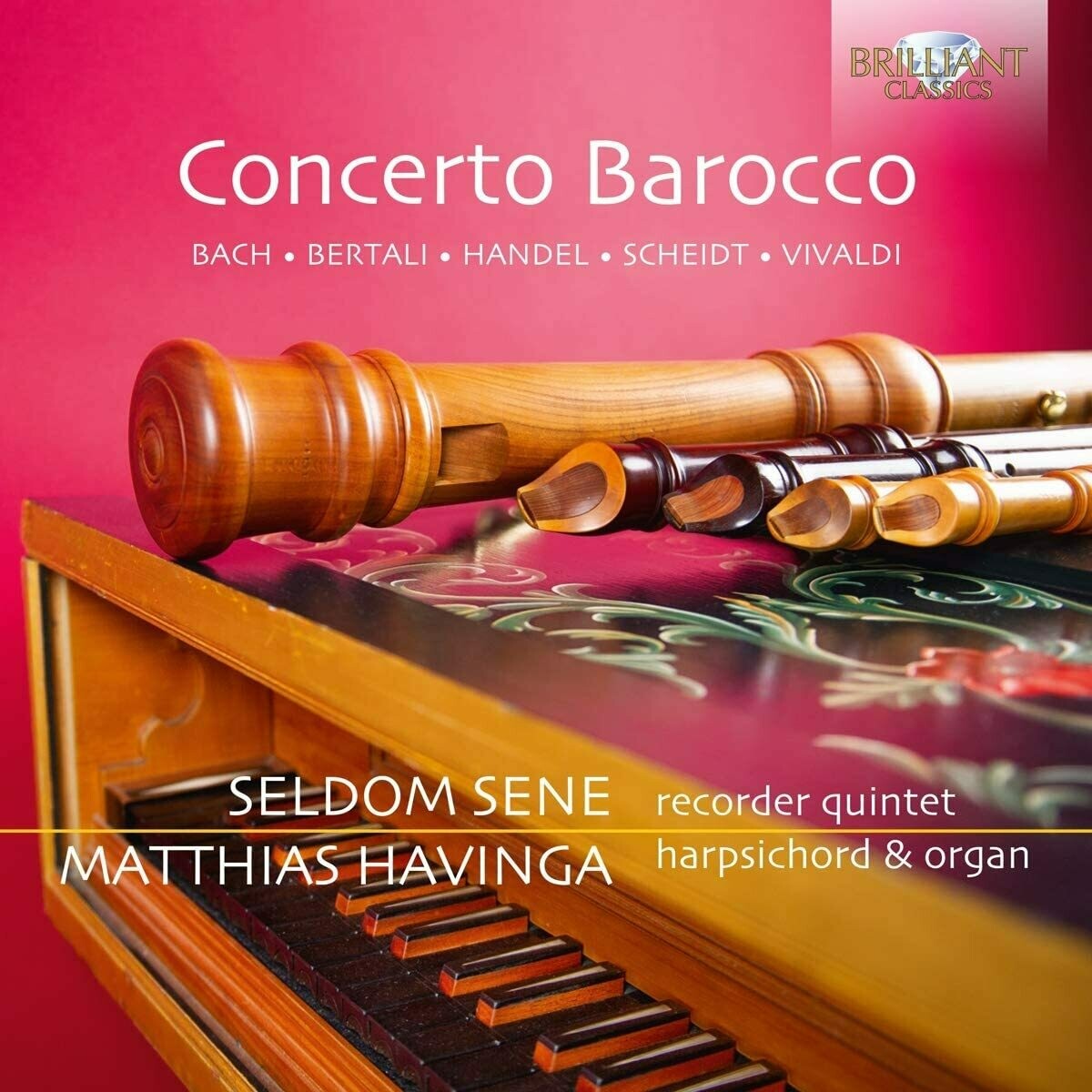 With Matthias Havinga, harpsichord and organ

Baroque concertos are very attractive to adapt because of their virtuosity and expressiveness. In Seldom Sene's new album, this repertoire is brought to life with the added colours of harpsichord and organ. The challenge was to create a wide variety of sounds through the intelligent use of different types of recorders and the stops of both keyboard instruments.
The Sixth Brandenburg Concerto of Bach is an obvious candidate for Seldom Sene's performance, having originally been written for a similarly homogeneous ensemble of lower strings. In Handel’s lovely Organ Concerto Op.4 No.1 Havinga retains the solo part while the recorder quintet plays the role of orchestra and basso continuo. The roles are reversed in Vivaldi’s Concerto Grosso Op.3 No.10, where the harpsichord accompanies the recorders’ flights of fancy. Havinga "flies solo" in Bach's Concerto BWV 975, a keyboard arrangement of an original by Vivaldi.
Seldom Sene also included two early baroque works in this record. The charming Sonata for five recorders and organ by the Italian-born Viennese court composer Antonio Bertali is an originally scored rarity and the cheerful Canzon super O Nachbar Roland by Samuel Scheidt provides plenty of opportunities for playfulness in ensemble playing.
Save this product for later
Display prices in: EUR

Gorgeous buzzing sounds of which you cannot get enough, resulting in truly enchanting and perfectly balanced chords.